'The Princess and the Protein Fire' 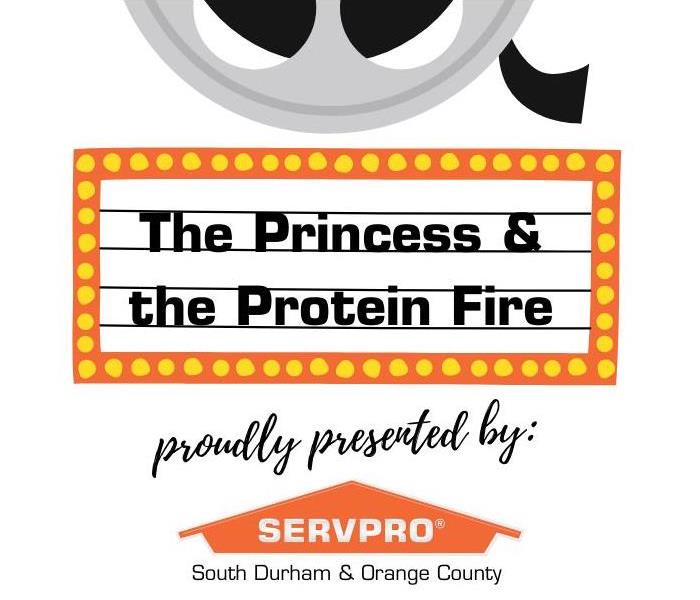 'The Princess and the Protein Fire'

Once upon a time in Orange County North Carolina, in the quaint and lovely town of Chapel Hill there lived a princess who had come to the University to acquire her doctoral degree. Prior to her arrival, she had purchased a lovely investment property to domicile in while obtaining her degree. One night, after a long day of lectures and labs, she returned home and seasoned some organic chicken breasts and placed them in the oven. She sat down on her comfortable recliner, opened her laptop and began to study. Her eyes became heavy and before she knew it she had fallen asleep.

The loud blaring of her smoke alarm system roused her from her slumber. The house was filled with smoke. She quickly exited the home, as the local fire department quickly arrived to extinguish the fire. Fortunately, the fire was contained to the oven and there was only smoke damage. However, the smoke damage left a terrible malodor that was insufferable to her senses. She called her insurance agent who advised her to call his guy at SERVPRO of South Durham and Orange County. After spending the night at the Siena Hotel, she called the referred gentleman who arranged at a time of her convenience to come out and assess the situation.

The tall, dark and handsome gentleman arrived with his trusty project manager in a sparkling SERVPRO green Italian sports car (Fiat 500) and quickly and accurately assessed the situation. They put her mind at ease with their professionalism and knowledge of fire cleaning techniques and effective processes for odor removal. They explained how her fire was protein based and would require a wet cleaning process. They addressed everything from structure cleaning, textiles and electronics. The SERVPRO team after receiving the proper authorizations, worked with her and the insurance company and restored her home, "Like it never even happened." The princess was overjoyed and wrote a glowing Google review.

The Princess went on to graduate, met a handsome prince, after her residency, married, had two children and lived happily ever after.