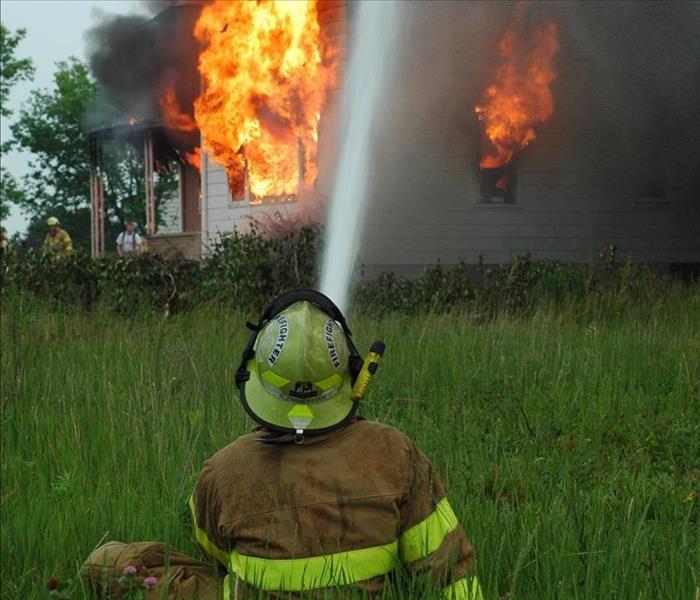 Each year SERVPRO franchises are called in to clean up the aftermath of commercial and residential fires and like the corporate model, we do all we can to, make it "Like it never even happened." Fire damage can have far more ominous and long lasting effect than the water damage restoration services we provide. In addition to structural damage to the property, environmental toxins releases in the air by burning objects, fires sometimes do take lives.

Fire Prevention, beginning with educational awareness and exposure is critical in saving lives and reducing the annual cost of property losses.  Understanding the practical relationship of volts, amperage and watts to daily living is essential in preventing and reducing electrical fires.

Appliances and electrical devices are a part of everyday life that functions by plugging the cords into the outlets or receptacles and turning the devices on.  How this works is often taken for granted.  Being properly educated on the basics of electrical terminology and their practical functionality can save your life and property.

Homes have numerous wires running behind walls from a distribution panel and terminating at a receptacle, switch, or light fixture.  Inside the electrical distribution box are circuit breakers or fuses.  The circuit breakers or fuses are designed to detect current that exceeds the load capacity of the wire or circuit and to click off or blow to prevent a potential fire.  Voltage, Amperage and Watts are the forms of measurement that appliances and electrical devices use; understanding the electrical current draw of each appliance and the load tolerance of each circuit in your home will prevent an overloaded circuit and minimize the risk of a fire.

It is important to read the label on the back or underside of appliances to understand the current drawn.  Too much current drawn through a line causes the wire to overheat and breaks down the insulation on the wire.  This can cause faulty wiring that results in a fire.  Overloading a circuit with too much current will either trip the breaker or blow the fuse to stop the current flow to minimize damage and prevent a fire.  A great resource directory for household appliance wattage can be found at https://generatorist.com/power-consumption-of-household-appliances.

Load capacity on wiring is set to match its tolerance limits.  Household wiring that is set for 15 amps is not designed to conduct loads higher than 15 amps.  As a general practice it is best not to push the tolerance limits on a circuit.  Never under any circumstance replace a circuit breaker or fuse with a one of higher capacity without rewiring the entire circuit for the equivalent tolerance and rating.  Failing to do so will result in catastrophic line failure and fire.